I love BotoxTM. I really do. It is an absolutely terrific drug. It works and there are amazingly few problems with it. I’ve injected so much Botox over the last decade that I recently gave the Botox lecture to the plastic surgery residents at the Cornell/Columbia plastic surgery residency program. If you want to see me inject Botox, check out my video on Oprah.com

Botox paralyzes muscles with a very potent toxin. It is not infectious...you can't get botulism from Botox.  Botox is used to soften wrinkles between the eyebrows, the horizontal lines of the forehead, the crow's feet area, and the "bunny lines" on the nose. I’ve even used it to smooth out dimples in the chin and sometimes to hide a "gummy" smile.

Botox lasts between 2 and 6 months. The wrinkle softening is a gradual process, taking months to occur. Contrary to advertisements, it is not an overnight phenomenon.

There is some evidence that the chronic use of Botox may progressively interfere with the function of the muscles. The hope is that eventually, the muscles will be permanently weakened. I have patients who, after 3-4 years of continuous Botox, have significantly longer lasting effects.

Botox is also useful for reducing sweating of the underarms and hands (painful!). Some plastic surgeons use it to decrease wrinkle lines around the lips, but it is very difficult to weaken without paralyzing and causing drooling and speech problems.

It's probably only for those people who think it is more important to look good than to speak properly...

And now, Botox is used to reshape the face! Injected into the masseter muscle in people who clench their teeth and developed square faces, it can improve your appearance....

You may have heard about 16 deaths in the last decade due to Botox. Another example of the media just getting it wrong. In fact, 15 of these deaths were due to the use of massive doses of Botox (sometimes 300 times the cosmetic dose!) injected into spastic neck muscles. This causes difficulty swallowing and has resulted in aspiration pneumonia and death. One death occurred in a cosmetic case. Presumably, the neck muscles were injected to reduce the bands of the neck. Not a good idea, and one that does not work well.

For cosmetic reasons, Botox used in the forehead and around the eyes is extremely safe. Of course, there are potential problems with any drug. Botox should not be used in people with neurologic disorders, pregnant women, or people with various medical conditions.

New types of “Botox” are called “Xeomin” and “Dysport”. These are basically the same chemicals and no company has proven their product is superior to the others. 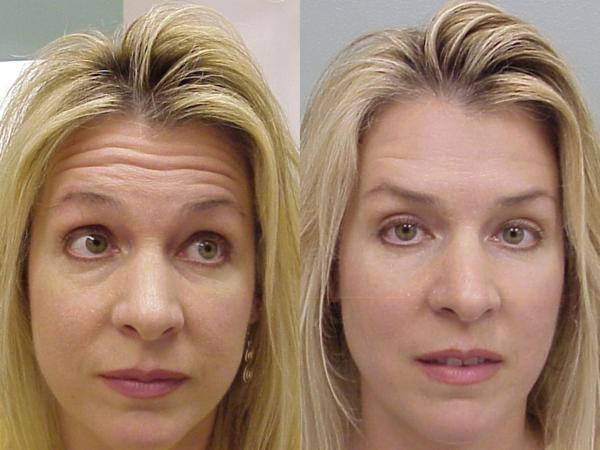